For those not familiar with “Auto-Follow Software”, this is just software that goes out on Twitter and just automatically follows hundreds of people, in hopes that all of those will in turn follow you. When I get an email saying someone is now following me on Twitter, I will (at some point in the next few hours) go to your profile and see where I am on your followers list. If I find that I’m on page 25 of your follow list in 20 minutes time, isn’t that pretty obvious that you’re just “Spam Following” people? Of course it is. And I’ll immediately block you if that happens.

I’ll also check back the next day to make sure I’m not 50 pages down the list. Anyone adding that many people to their follow list that fast is just planning to spam those they follow. Either that or they are extremely lonely, or have an ego so big that it’s just plain sick. 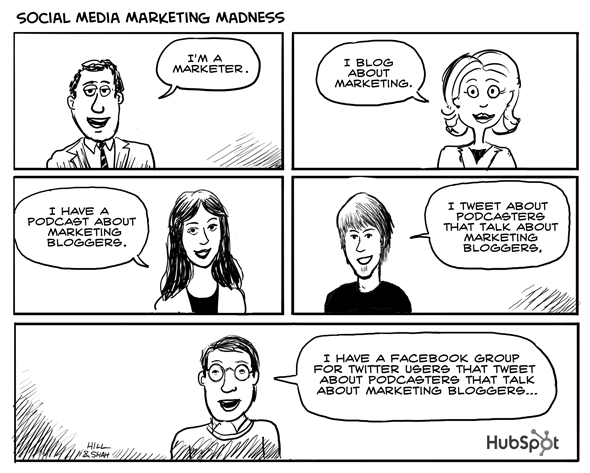 Here are some other reasons why some people will not follow you. Make sure you’re not making these mistakes, and grow your followers list the RIGHT way.

Is there a picture? A picture of the person is best, but an attractive avatar is fine. If someone can not take 30 seconds to upload some kind of image, how involved will they be?

What does their profile say? Again, if you can’t take a couple of minutes to add a link to your web site, where you are located (you do not have to be too specific), what you do or some of your interests, why should I care about you?

What is their follower/following ratio? There are lots of Big Internet Gurus  (BIG) who are followed by thousands of people but only follow a few dozen to a few hundred. That is to be expected. Lots of people want to know what the BIG is thinking, but the BIG may not want to follow thousands of people they do not know.

It is the other side of the coin I avoid: Those who are following 4,386 people and have 17 people following them. That tells me this is someone who is following everyone in sight in the hopes that some of them will follow back so they have people to spam. And they are not interesting enough for most people to care about them. (Did I mention that I hate auto-follow software?) 😉

What kind of updates do they post? Is every one just a product pitch or a link to their blog? Is it all about them? Or do they engage with other users (through @ replies, etc.), post interesting links to sites they do not own, and share information? I don’t mind getting an occasional self-promotional Tweet from you if that is not all you send. If that’s all you send, here comes my block or un-follow.

How often do they Tweet? There is no magic answer here, but once a month is not often enough and 100 times a day is way too often. If you don’t update at least once every 30 days, I will stop following you. I use a little utility that handles this for me. See http://UnTweeps.com

If you are not sure about whether or not to follow someone, you can always follow them and then unfollow them later if they do something annoying. The great thing about Twitter is that you can ignore (or even block) anyone you do not want to hear from. I’ve done that, even with a few of the BIG’s, when it seens all they are doing is sell sell sell, or when they start just telling me they are sitting in some airport somewhere, and don’t reall have anything useful to contribute, they just feel they have to tweet 40 times a day whether they have anything real to say or not.

Personally, I don’t really want care if users know when I’ve stopped following them or blocked them.

If you want me to follow you, you might want to take a minute or two to go through this checklist. I am open to following new Twitter users, but I do look for a photo, at least a few updates that are something more than a sales pitch,  and something in the profile.

Once you follow me, send a Tweet to @EdHudson and let me know you found me through this blog post. Sometimes the email notices of new followers don’t get through my spam filters, and that way I will be sure to see you.

Also of Interest  Don't Fall for this Twitter Hoax